Today is a very San Francisco day……the Bay to Breakers race! This race has a special place in my heart because before I moved to the Bay Area, my mom and I came to SF for a long weekend holiday. Unbeknownst to us, it was the Bay to Breakers weekend. We were wandering around Haight-Ashbury wondering if it was always that crazy????

The race has been happening for 102 years and the tradition is to dress up in crazy costumes (I’ll leave you to search it on YouTube….warning: you’ll see lots of nudity). I don’t know if this is a well known fact about San Francisco or not, but every time someone says “costume” here a percentage of the city hears “go naked”. But whether naked or in costume or just dressed crazy, I’ve never found a city that loves to dress up as much as SF! 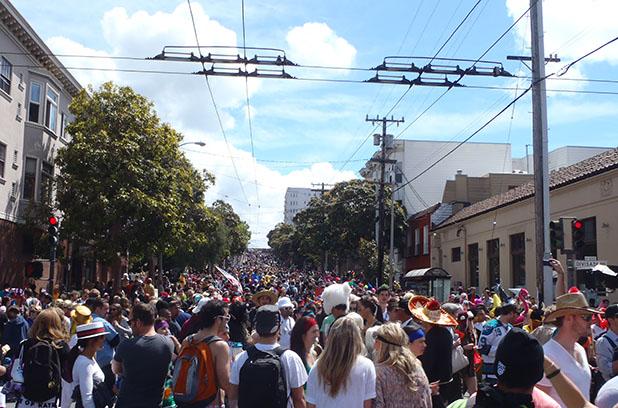 Trying to show just how many people are on the streets for Bay to Breakers – People as far as I can see!

The race route runs from the San Francisco Bay to the ocean (hence the name), about 12K, and tens of thousands of people participate every year. Many people run the race (as I did last year, accomplishing a major goal!) but maaaaaaaaaaany others just….drink it. The people who live along the race route hire DJ’s and throw huge house parties all day, starting at like 8 am. 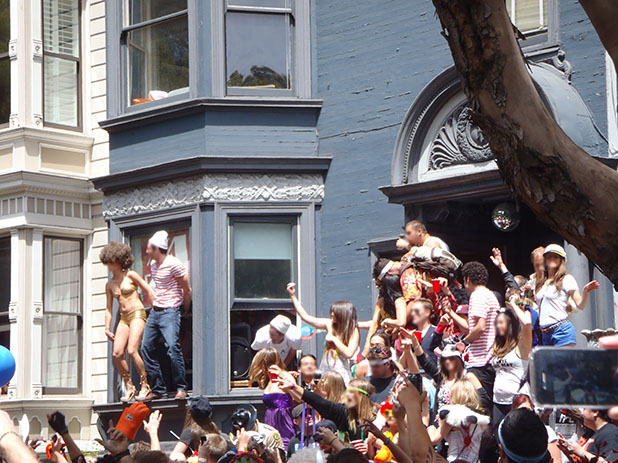 A typical house party along the race route. I chose the least naked picture I could 🙂

Anyhoo, I was a pretty bummed when I woke up yesterday with a bad cold because I knew I’d be all the race fun today. Luckily, I hadn’t put any effort into planning a costume. But I thought it would be a good chance for me to share some costumes from previous years! 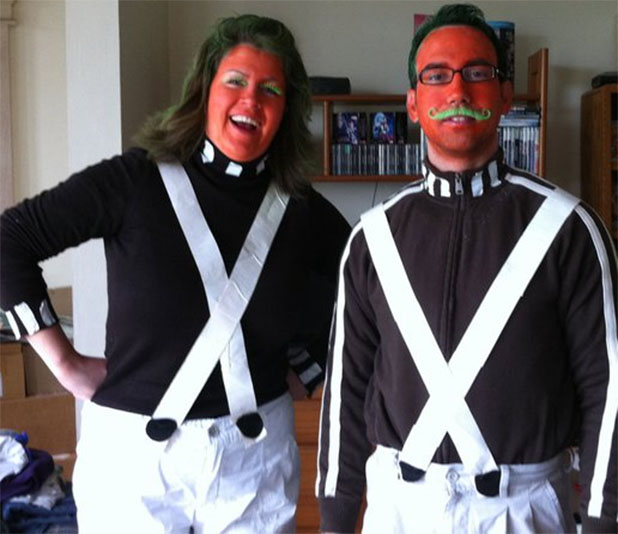 I’m usually the first person to go crazy making costumes from scratch (as evidenced here, here and here), but this just goes to show you can make a great no-sew costume with a trip to the thrift and hardware stores! We found the white shorts and brown sweaters at the thrift store then embellished with white duct tape! 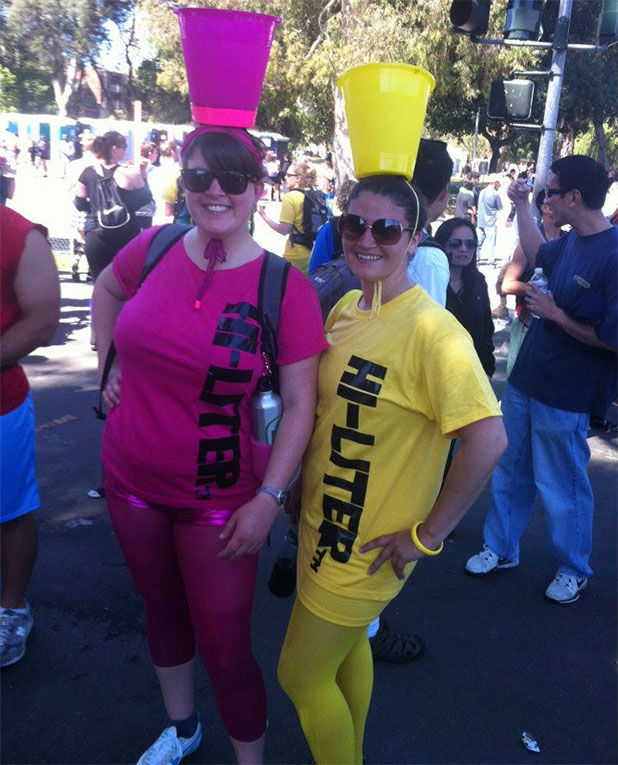 Once again, a no-sew super easy costume. We got all the supplies for less than $20 at Michael’s (including the t-shirts). We bought some black duct tape and stuck the letters onto the shirts. The cap hats are sand pails that we drilled holes in and ran some yarn through to tie onto our heads. We found the bright tights at American Apparel and my booty shorts were recycled from my Roller Derby Halloween costume. The Hi-Liter costumes were actually a big hit, and somewhere along the way we accumulated some Nerf balls that we would hand out to people so they could try to get them in our bucket hats.

Anyway, to help ease the pain of missing out on a great annual SF event I thought I’d share it all with you!

2 thoughts on “Bay to Breakers!”