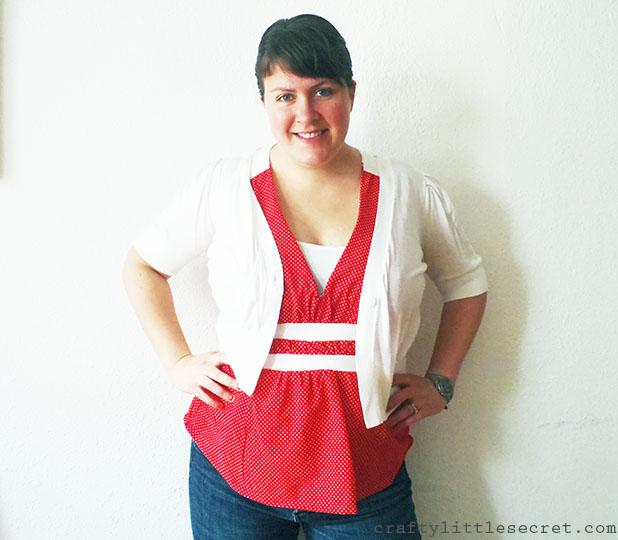 Quite a while ago now I made a total impulse purchase and bought myself some wonderfully soft bright floral fabric with the idea that I would sew myself a dress. When I got it home and held it up to myself though, the print seemed like it would be too overwhelming in a dress and so I decided on a blouse instead. 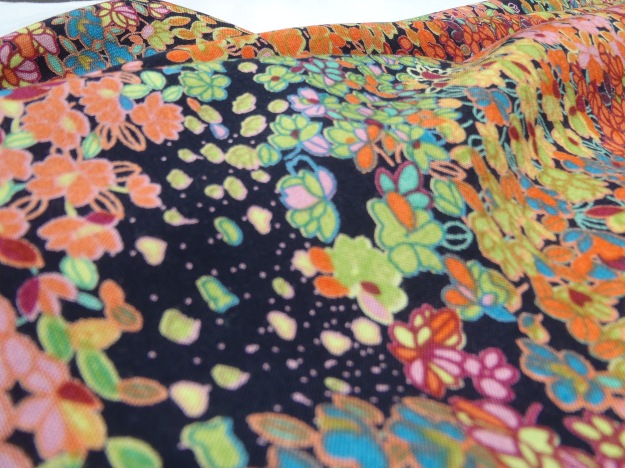 I originally wanted to make a button-up blouse but I’m not confident with sewing obvious button holes just yet and my machine has a tendency to catch when sewing them. I still wanted that general look though, and for the shirt to be a bit more fitted than the Mathildes I’ve been sewing lately. I landed on a Rebecca Taylor for Vogue dress pattern, V1152, and decided to shorten it into a shirt.

I found a few bloggers who had made it and most raised the neckline a little to decrease the depth of the V and make it a little more modest, and some also had to increase the bodice length to get proper placement of the gathered detail under the bust. I hummed and hawed and hummed and hawed and finally decided that with my large bust and limited experience patterns, I should make a muslin first. And if you’re bothering to make a muslin, why not make a (hopefully) wearable one?!

I pulled some red and white polk-a-dot quilting cotton out of my stash that I had found at Goodwill for $1.99 and figured it would do the trick! I always check out the textiles section whenever I’m in a thrift store, it can be a great place to find inexpensive fabric for making muslins!

I only had 1 meter of the red fabric, but seriously guys, you have never seen someone get so much out of so little fabric! I literally only had a handful of mini-scraps left after cutting. I felt compelled to commemorate my achievement with photographic evidence. The leftovers; 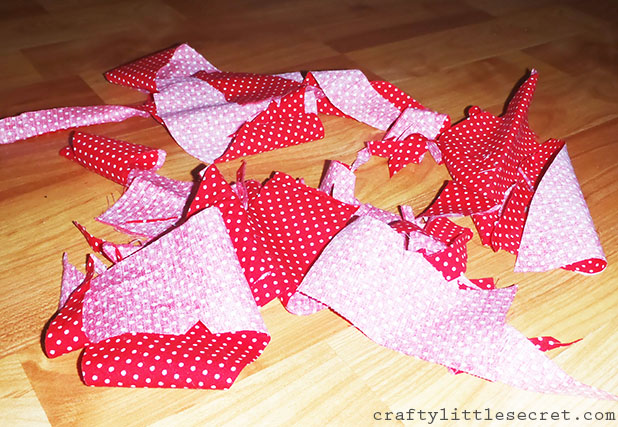 It’s hard to get a feel for the scale here, but none of these scraps are wider than about 3 inches!

Even with my creative cutting I still have a couple weird seams (hidden in gathers) and some pattern pieces that needed to be cut from white. Oh yeah, and no sleeves either (I’m not worried about fitting those on the final garment since they are heavily gathered). 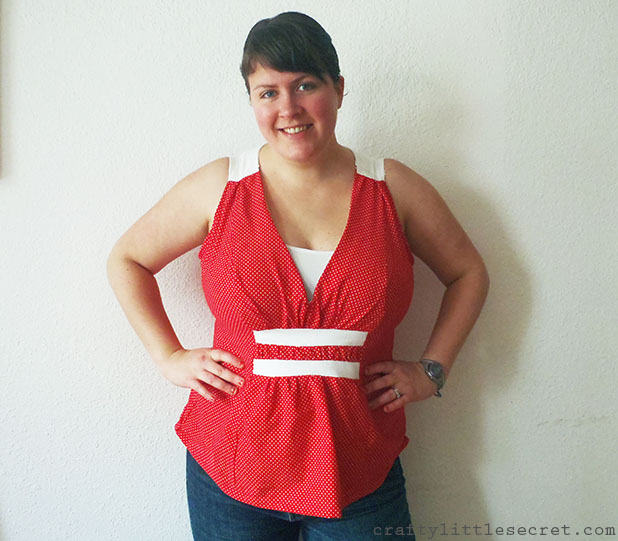 You’ll notice immediately that the neckline is quite…ahem….plunging. I measured it out and I’ll need to raise it 3.5 inches to make it at all wearable without a cami underneath! Even with this one it seems like the neckline gapes a little where it comes to a V and I think I might be able to stitch it up a couple inches to make this muslin more wearable. I safety pinned it so you could see what I mean.

I was pleasantly surprised though that the gathered detail at the front actually sat below my bust without making any adjustments. Usually those details end up at nipple height on me with RTW tops!

Upon flicking through the photos though I did notice a troubling detail; I managed to make a big sticky-outy gather right in the middle of the bottom bodice piece. A closer look for you;

When I make the real version I’ll have to be careful to make sure my gathering is even and that I’m not adding belly bulk. Might not be such a big deal though  because the fabric I’ll use for the real version has much better drape than this relatively stiff quilting cotton.

The back came out pretty well, although I can’t quite decide if there’s a bit too much fabric in the gather, or if it just looks that way because I used a stiffer quilting cotton. The elastic in the back though (and lack of sleeve) meant that I could leave the zipper out of this muslin, which was nice because I get lazy sometimes.

Honestly, although this is technically a wearable muslin I’m not sure how much wear it will actually get. Red is just not a color I wear much and I usually prefer tops with at least a little cap sleeve. Adding a little white cardigan definitely helps with the wearability for me!

You caught me! I’m wearing it!

I also took in the shirt a bit – more at the waist and hips because I’m narrower there. I think this muslin, wearable or not, served it’s purpose as a dry run so I can cut my good fabric with confidence now that I’ve made not of all the adjustments I need to make!

The gathers and elastic back really make the shirt comfortable and once I correct the gaping bustline issue I think it’ll be a really comfy top to wear.

See? It’s so comfy I can do jazz hands in it!

And drink tea in it! 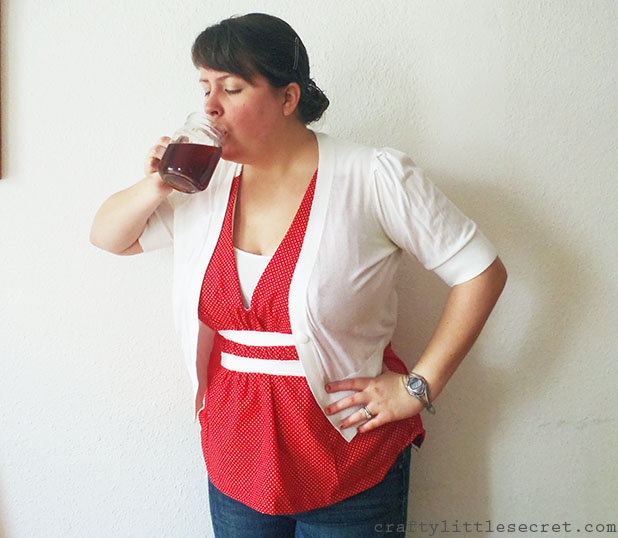 And just because it’s Jungle January….